Imagine this. Your nonprofit is launching your biggest ever fundraiser. You’ve made a compelling video about why people should donate. There is a clear problem and your fundraising page explains how your nonprofit is best placed with the solution. You click send on your first batch of emails wondering if anybody will respond. Will anybody donate? To your astonishment, yes, they do! Their donations meet your goal and just keep going. At the 30 day mark you’ve surpassed that goal by 800% 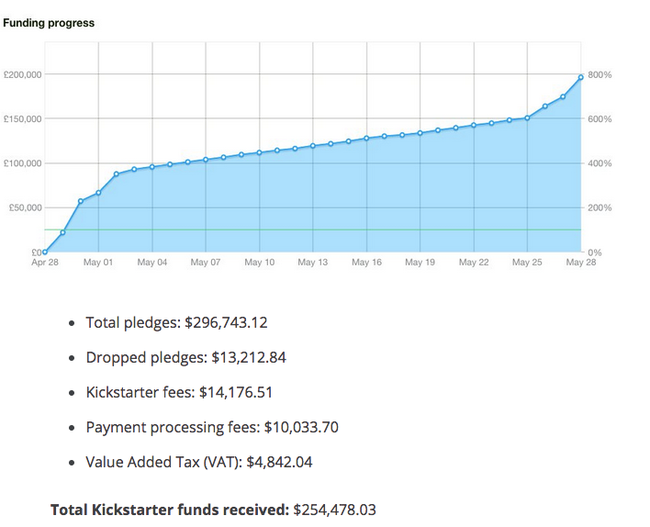 Flash forward two years. You are reporting back to those donors and telling them that a key assumption you made when you first asked for their money was wrong. In fact, you are just going to drop that part of your program. Oops!

Will your hands be shaking? Heart racing? Well this success “nightmare” is exactly the situation in which nonprofit blogging platform Ghost found itself. And guess what: nobody cared.

Ghost’s founder, John O’Nolan wrote a 2,500 word post explaining exactly how they’d spent all that money from Kickstarter and donations. Crucially, he didn’t just write the “How,” but also the “Why.” Included in the write up was an admission that they were dropping a key part of their platform — a statistic system with a beautiful dashboard that had been a major selling point of Ghost. 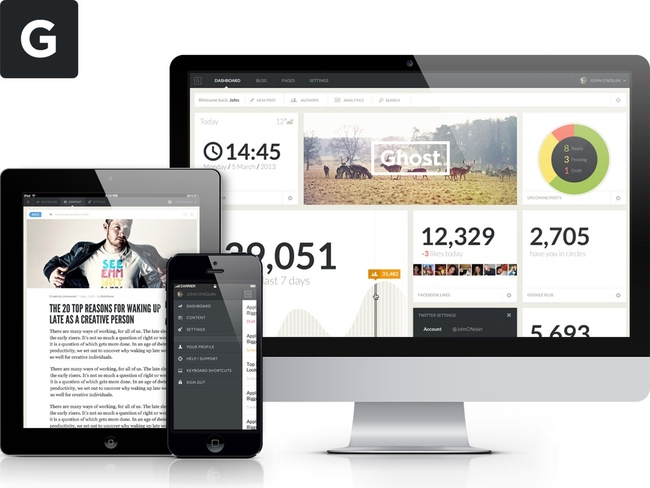 Here's how he opened the admission:

This is a difficult conversation to have. When I first came up with the idea for the dashboard it was fresh and exciting. Oh how we frolicked together, flirting with the idea of beautiful stats right in your blog’s admin area. Taking long walks on the beach, imagining all of the possibilities.

And here's his conclusion:

We’re deeply sorry that we took so long to admit that this concept was out of reach for us. We’ve learned a great deal in the process, and we’re working hard to improve how we communicate planned features in Ghost to make sure this doesn’t happen again.

The sky didn't fall. There wasn't a storm of Twitter outrage. The explanation made sense and built more trust. My favorite part was that O'Nolan pointed to somebody else doing what they planned better than they could and suggested people check them out instead.

Now, I’ve never bothered to look up tax filings for Ghost, even though they are a registered UK charity. Everything I need to know is in that one post, where John talked to supporters like people. We already had a free version of Ghost setup, and I switched Corelab Ideas to the paid version simply to support Ghost's growth. Honesty and conversation breeds far more trust and loyalty than a nice rating on Charity Navigator.

These past few months have been replete with examples of nonprofits complying, but not actually being transparent. The Clinton Foundation didn’t actually do anything wrong, and certainly not illegal. They submitted reams of paperwork on their fundraising and spending, but it didn’t tell a story that made sense. Alex Evans pointed out how the Gates Foundation complied with a 940 page tax filing, but buried the crucial info about the NGOs they support in that filing rather than their much more accessible annual report. Compliance, without transparency.

The charitable sector has not caught up with the new reality of fundraising — people don’t care about your tax status, they care about your impact. Nonprofits are largely to blame for creating this climate of “Overhead is evil.” It began in the 1980s and 90s to combat charitable abuses, and certainly some still happen today. A recent cancer charity scam is an unfortunate reminder. But we shouldn't let the worst actors dictate the norms for everybody else.

The new breed of startup nonprofits (we call them “Networked Campaigns”) dove right in to a new frame for giving: you give money, we show results. Groups like MoveOn.org, Avaaz and Ultraviolet have done it all without any promises of tax exemption. 90 cents on every dollar is not going directly to the field with their work. They are top-heavy. They don't buy into The Overhead Myth.

Experts are NOT Overhead

You’d be partially right in challenging that I’m comparing apples to oranges — campaign organizations to charitable service providers. Still, there is room for all nonprofits to move away from the “Low Overhead” model and start a conversation with their supporters about value-based giving. Is it more valuable to spend a supporter’s money digging a well, or hiring the best engineers and planners to work with a government to create a sustainable water system? I actually don’t know and neither do your donors. The supporters look to you to be the expert.

I don’t know if the Ghost team would be acting as the best steward of my money building their own hosting infrastructure or using a cloud system on Amazon or Google. I do know that John O’Nolan and the talented (and expensive) team he assembled are experts, and he explained in plain english why they chose to spend capital to buy their own servers in order to save on costs in the long run. The fact that their conclusion could be wrong doesn't make me less likely to support Ghost, because through radical transparency they've shown they will adapt to the best available information.

Good Campaigns are Worth It

Yes, Ghost is a nonprofit producing a software platform, not campaigns. Still, would you gladly tell your supporters how much a campaign cost: what you paid for a logo design; the amount spent on consultants; the cost of developing the campaign website; donation processing fees; how about the $33,300 spent to buy a domain? Ghost did, and they are loved for it.

If you find yourself cringing imagining following O’Nolan’s example, either you don’t believe your organization is being good stewards of donors’ money, or you aren’t doing enough to tell the story of real impact. Fight the urge to hide your organization’s finances in mountains of filing documents. Tell people where you are spending their money and why. They will become far more loyal and will be far more forgiving of your mistakes (umm, “learnings”) than you would ever imagine.

I'd love to hear your thoughts. Share your comments here or connect with me on Twitter @jasonwhat.

3 Fundraising Myths That Are Polluting Your Thinking

There's a massive non sequitur polluting many nonprofits' thinking: "our donors give because they want us to achieve…

Your supporters aren’t an ATM — they're a bank account

If you follow any kind of progressive politics in the USA, chances are you’ve wound up on a…