Every U.S. television broadcaster is suing online TV provider Aereo, including PBS. Why is PBS trying to restrict viewers' access, and are they doing so with our donations and tax dollars? 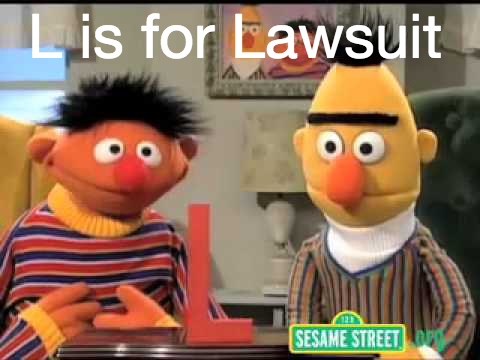 Journalist and author Ken Aueletta's 1991 book Three Blind Mice charts the decline of the big three television networks. The networks were blindsided by the the rise of cable TV -- "Why would anybody ever pay for TV?" they asked incredulously. Auletta continued cataloging the failures of traditional media to adjust to new technology with his 2010 book Googled about Adwords' disruptive impact on an unsuspecting media landscape.

Though less direct than his previous work, Googled is a continuation of the new vs old, or gatekeepers vs gatecrashers media narrative. The old guard defends their declining standing through lawsuits and rejecting change rather than embracing new technology (See: Newspapers v. Craigslist or Recording Industry v. iTunes, Spotify, Pandora, et al.).

It's not surprising that the major broadcasters are taking their fight against innovation to the U.S. Supreme Court, but why are PBS and local public networks like New York's WNET standing with those who are fighting to limit our access to content? PBS is fighting for profit in spite of people...with our money.

For $8-12 a month you can record live TV with Aereo and watch it on your computer, tablet, phone or TV with Apple Airplay or Roku. Aereo doesn't include access to cable channels, but it streams and records broadcast channels like NBC, ABC, FOX and CBS for your viewing.

The service, currently available in 11 cities and expanding, is aimed at "cord-cutters" looking to replace cable with services like Netflix, Hulu and Aereo for broadcast TV. It's a great way to watch live sports, record the news or primetime shows.

Aereo doesn't pay the networks any fees to "rebroadcast." Instead each Aereo subscriber gets their own tiny antenna and Aereo servers maintain private copies of shows for each viewer. The public airwaves are by law free to access by any person with an antenna. In effect, it is our right.

Copyright law protects networks from public rebroadcasts of their content. A bar cannot record content for playback without paying royalties and fees to the original broadcaster. CBS chief Les Moonves expects these retransmission consent revenues (mostly paid by cable companies) to reach $2b for the network by 2020.

Of course, these copyright laws were written long before the internet or even VCRs and private recording devices existed. The goal of these laws was to prevent signal piracy, the likes of which is still rampant in poorer countries such as Haiti. The question: does an individual have a right to rebroadcast their own copy of broadcast content?

The Second Circuit Court of Appeals ruled in 2008 that Cablevision's DVR technology did not infringe on copyright, following on the Supreme Court's Betamax decision that allowed viewers to record TV shows and maintain a private copy.

The court found that though Cablevision maintained the DVR copy of a show on the cable company's servers, the viewer performed the act of recording and viewing the show. Cablevision built the technology to store a separate copy of each show for every subscriber -- a tremendously inefficient infrastructure that Aereo copied in order to comply with the 2008 decision.

The Case Against Innovation?

And so goes the story of the long, ugly decline of broadcast TV. At every technological milestone old media has found themselves on the wrong side of history. Worse, they don't simply reject technology, they actively work against their customers. In the most shortsighted and idiotic example, copyright holders sue their fans for loving their content so much they go out of their way to download copies. The fact is that more avenues for access mean less piracy.

The media gatekeepers still think innovation is kryptonite; change is dangerous and hard to control. That means they must keep new technology from all of us in order to maintain the status quo...even if that means less ways to view their content...even if we are the ones paying for that content.

PBS says they are "...America’s largest classroom, the nation’s largest stage for the arts and a trusted window to the world." So why is PBS trying to make that classroom smaller?

#Orbit180 Our mythical 'right' to vote